This month is the 30th anniversary of the death of Marvin Gaye, an American musician who gained worldwide fame for his work with Motown Records. He was fatally shot by his father, Marvin Gay, Sr. on April 1, 1984 at their house.

Jeanne Gaye, Marvins sister stated that between the ages of 7 well into his teenage years, young Marvin’s home life “consisted of a series of brutal whippings” from his father. The beatings deeply affected Marvin to the point that whenever he needed to express his need for attention, he would do it through antagonism and projections of violence.

Marvin had been a long term heavy marijuana user and by the late 1970s he had developed a serious dependence and addiction to cocaine.

Marvin’s abuse from his father as a child and his associated addictions led to an argument that tragically ended his life.

"This programme brings another element to drug information dissemination and decision making skills for people.“ - HSE

“This distinctive drug and alcohol program has allowed our clients to build on their recovery through its powerful use of music therapy.” - Aiséirí Addictions Centres Ireland

"A wholly unique approach to drug and alcohol education and prevention. Its use of music and film allowed our clients to connect very quickly on a deep emotional level, enabling them to face up to the realities of their substance misuse.” - Matt Talbot Adolescent Addiction Services 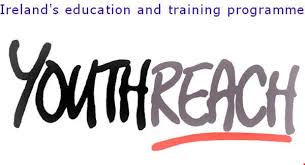 Shortlisted for The Social Entrepreneurs of Ireland Award 2013